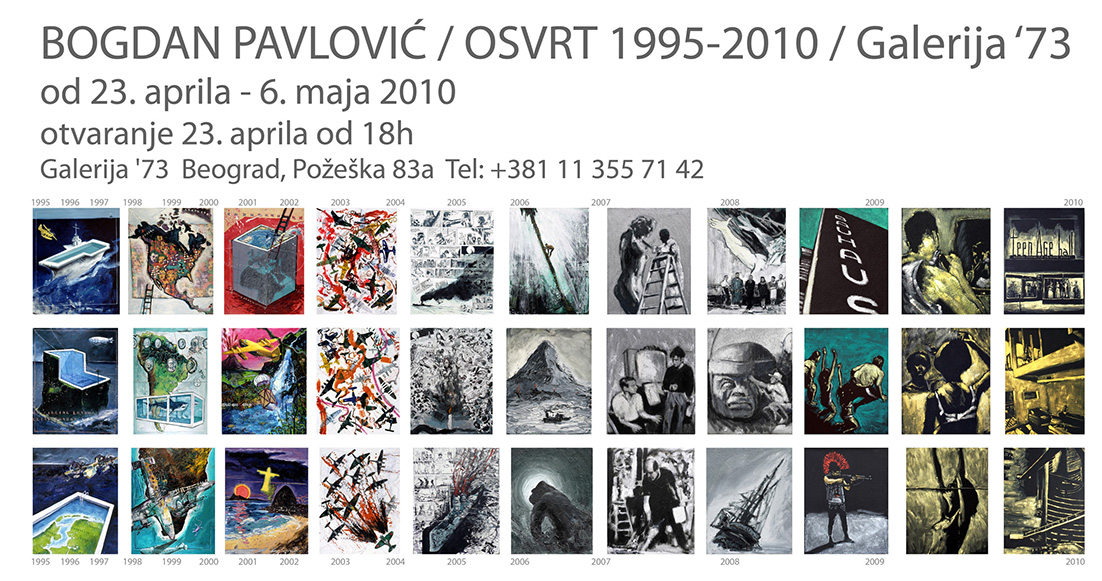 The series covers topics such as exotic travel, maps, planes and research, imaginary pools. Rich colors, pastiness, the use of different spatial approaches, the ever-present environmental messages are some of the characteristics of this period.

In 2008 the Pavlovic change his earlier practice of painting by choosing a new support for his paintings. The canvas is replaced by non-pictorial material – carpet. The reduced chromatic values are some of the features of these works. Following the technological change artist change the content of the image. He turns to the documentary and historical photography as a starting point, giving up of from previous fictional connotations. Artist is using photos of historical events or interiors of art, or sculpture studios of the twentieth century artists. Such reconstruction of the past gives to these documents a new pictorial dimension.

In his new 2010/11 series of paintings, continues exploring carpet and felt as material. The subjects presenting social elements, such as contemporary architecture, design or scenes from everyday life, are only an excuse for abstracting the factors which the artist considers important. In this context, according to the artist himself, light plays a special role in the painting: «Although I am inspired by documentary photographs, I think that very often their light is pale and monotonous. This new series of works is an attempt to give it more dynamics and also to provide material and symbolic reasons for the light in the paintings. »  On the one side, such a procedure enables the artist to create a new and original work of art, while on the other, it offers a new and semantic key to a documentary photographic record.

Every artist has a legitimate right to develop by following his momentary aspirations. To gain a new quality, very often an artist sacrifices the code which made him commonly accepted and recognizable. The basic characteristics of Bogdan Pavlović’s art are the capacity to absorb new subjects as well as its constant evolution. Listening to the times he lives in, he finds his own and free way of expressing his ethic and aesthetic principles.” 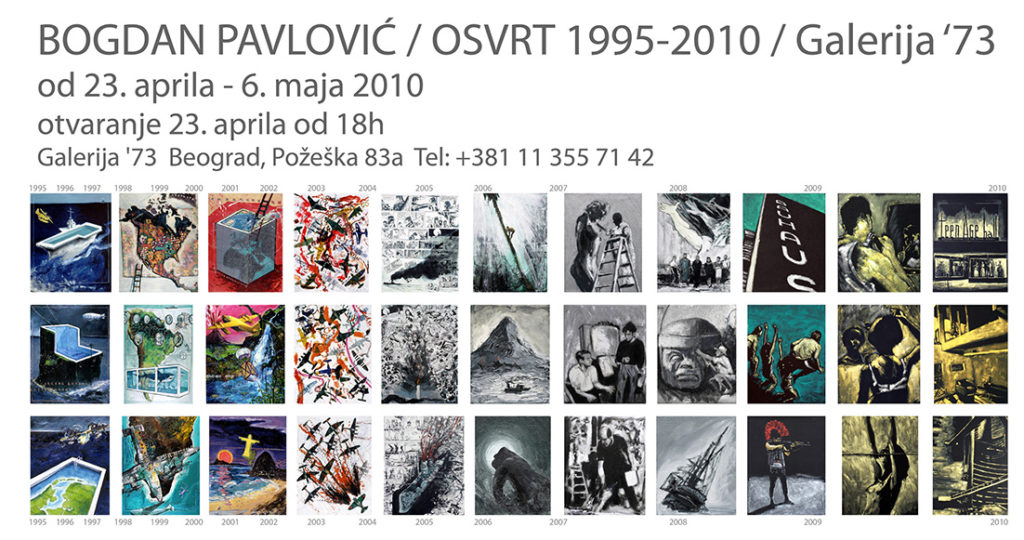 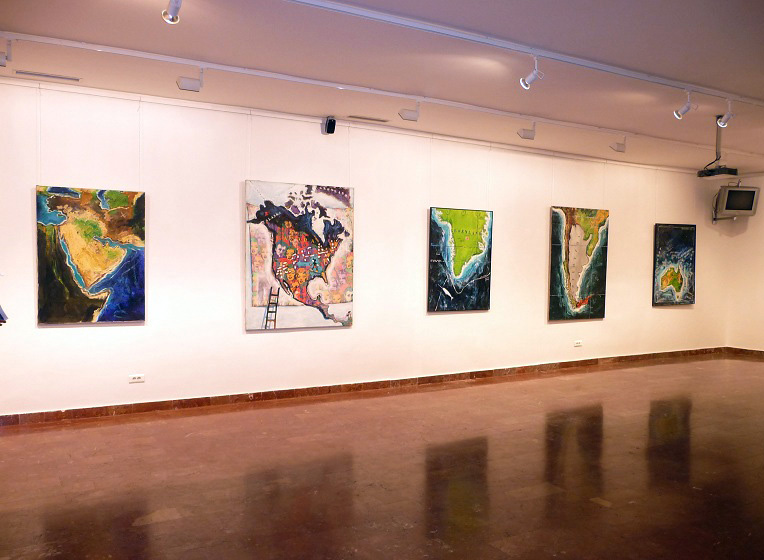