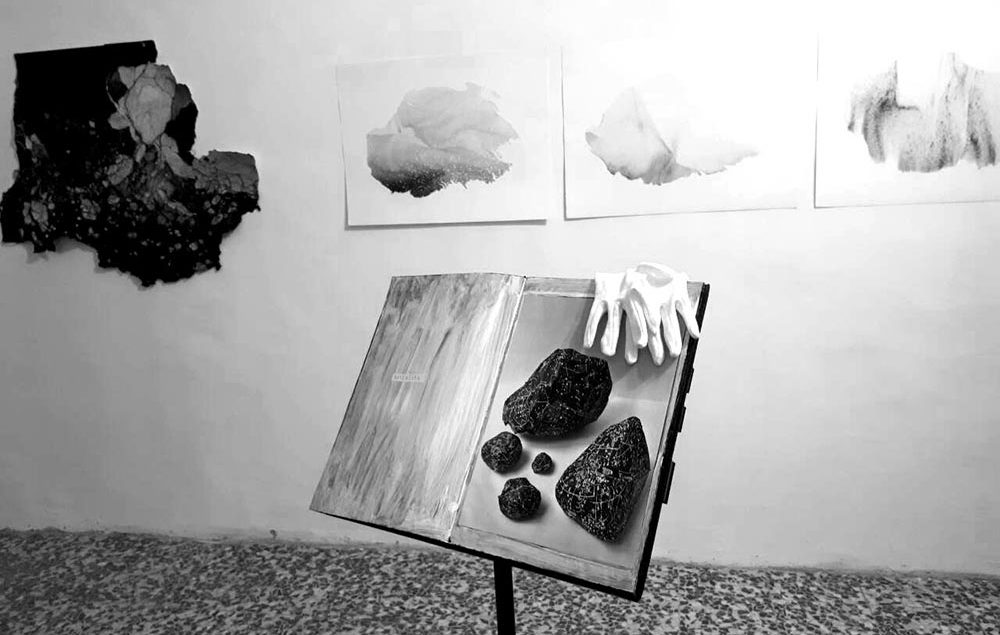 The original artist from Belgrade presents his original way of seeing maps and atlases transforming them into the ideal background for stories, meetings and travels

Routes for the mind, the new and visionary trajectories of knowledge. This is the path between cartographies and urban maps that invites us to do the Paratissima art fair in the days of contemporary art in Turin. In the halls of the old La Marmora barracks on Via Asti, until 5th of  November 2017, Soriana Stagnitta, curator of the “Beyond the Map” section, brought together some of the most prolific artists of all Europe. This exhibition and the place in itself becomes an imaginary starting point for a journey through “unexplored and submerged spaces”, mostly interior, mapped by personal and multiple maps of the soul, without which it would be impossible to perceive the throbbing breath of the world”. It is worth of diving into this emotional atlas.

Among invited artists, the painter Bogdan Pavlovic, formed at the Ecole Nationale Supérieure des Beaux-Arts in Paris, presents his original way of seeing maps and atlas transforming them into the ideal backgrounds for stories, meetings and travels that he illustrates with singular mastery and with some touches of pure magic. “Another Country Project” is a multidisciplinary project consisting of photographs, revisited atlases, a painted black carpet roll, vintage “Olivetti Valentine” typewriters, various objects, videos. This “assembly” starts from the photographs issued from artist’s daily reality. All in movement, the images are processed with a visual rhythm that represents some kind of narrative logic. Red colour is another important feature. The forms of Pavlovic’s images emerge from nothing at the precise moment in which we observe them carefully. Bogdan Pavlovic’s atlases carry us on a journey through art and territory, cutting barriers and boundaries, with a view of humanity as an open world.

Beyond the Map, an exhibition curated by Soriana Stagnitta, examines the intrinsic value of cartography, where it is used as a tool for exploration and knowledge of the world and of oneself.

History teaches us how a simple map can lead to the conquest of entire continents, vesting power and security on the individual.

The artists included in Beyond the Map explore the map, using various media, in a different context than their standard use. Through their work, we can trace the stories of ancient urban cultures, maps of intimate spaces that bring us back to memories of the past and of journeys.

Cristiana de Marchi creates embroidered cartographies where the stitching is traced and marked,   crossing   boundaries  and   frontiers,   breaking   into   the   work   of   Françoise Vanneraud.  Golnaz Payani carves into the pages of a book silhouettes of countries that retain the echo of a lost matrix over time. Likewise, the photographs of Mattia Gaido recount the evolutionary history of the city of Istanbul. Brankica Zilovic portrays a hyper-­‐ connected planisphere using warp and weft, in an attempt to create a bond with the territory. Allison Blumenthal presents Atlas 7, a metaphoric map of intimate spaces experienced by the artist. Cathryn Boch creates organic maps, torn and worn out, which point  out  the  transience of  existence  and  its  continuous becoming. Bogdan  Pavlovic invents   imaginary  and   artificial   atlases   belonging   to   universal   memory,   as   Aude Couvercelle creates in 3D pleasing and abstract territories. Yann Bagot uses natural phenomena to imagine places that have never existed in a dually universal and intimate representation of the landscape, similar to the sensibility by Roberto Ghezzi. François Réau offers his actual presence in space, as if he wanted to take over the city.  In the works of  Fabio  Romano,  man  becomes  a  human  map,  reflecting  the  city  where  he  lives,

becoming ghostlike in the work of Keita Mori, who will present Bug report, an assembly of urban architectures, illusory and fictitious, which materialize in Jacopo Prina’s alienating photographs. In an attempt to give life to the metropolis, Benoît Billotte, instead uses actual plants to create an evolutionary and at the same time ephemeral cartography of the city.