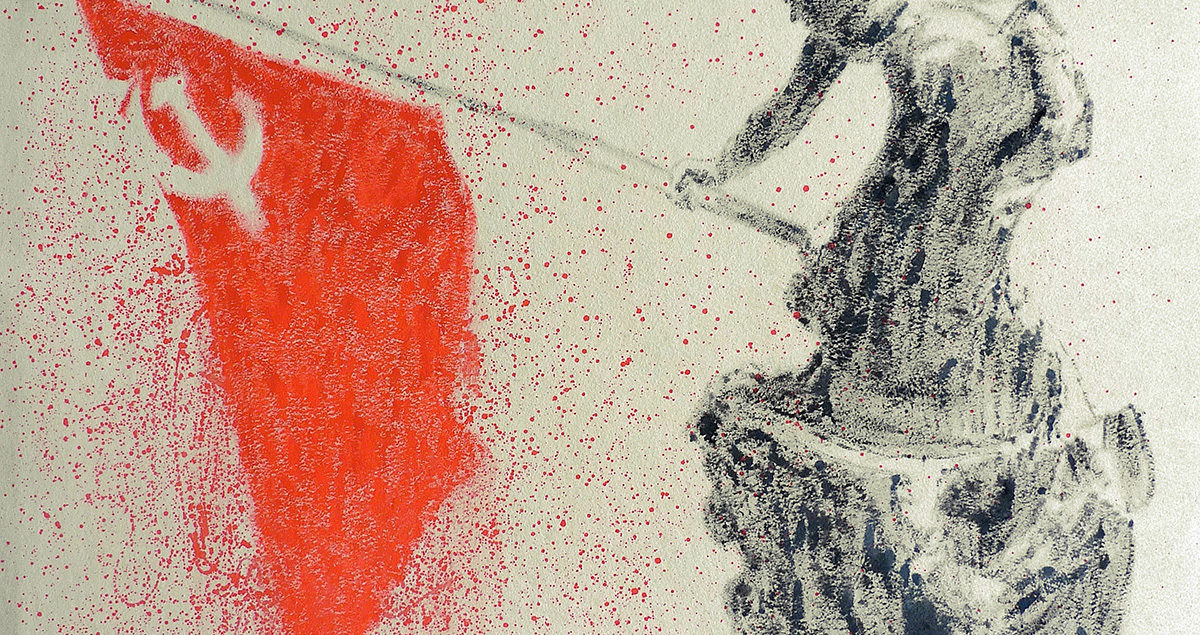 THE ART OF HISTORY / RECONSTRUCTIONS

By Žaklina Ratković, Historian of Art and Curator, Museum of Contemporary Art in Belgrade

Art critic Benjamin Buchloch defined once an artist as scientist/philosopher/craftsman. But if we observe the last paintings by Bogdan Pavlovic carefully, we can add one more definition to Buchloch’s definition: historian. Pavlovic’s works of art from the cycle “Reconstructions” place him in the category of artist-historian because he applies a model of appropriating historic events / figures in order to recreate them in the present. According to Mark Godfrey, an artist-historian “uses different way of re-archiving and retelling historic pieces of information in order to make the observer think about the past (…) and re-examine the ways our past has been represented in culture”. In such a context, we can interpret Pavlovic’s latest paintings which are based upon the photographs from the archive materials this artist has collected for years.

Pavlovic’s selection of photographs as starting points, precisely determinate segment of time and space, as well as his appropriation of some photographic representative models, actually is a selection of a certain “standard of seeing things”, which is conditioned by development of some new technologies that have introduced some new mechanism of perception in the domains of art and our everyday life. Photography as a medium which reflects our modern civilization crucially (and participates significantly in constructing its identity), and technology of creating a photographic image as well, have modified and expended our ability of perceive. Our visual experience has been become more complex, and some new models of observation, criticism and action have been launched too.

Bogdan Pavlovic incorporates two characteristics of photography in his latest paintings: firstly, a testimony; secondly, a medium which records our visible reality, registers time, events and people. He does it in keeping Susan Sontag’s claim that “our sense of transience is, for the most part, sharper since the camera has given us a tool to “freeze” a transient moment” and that “photography enables people a sort of imaginary possession of the past”. Pavlovic brings in this very idea about photography as “presence of the past”, their manifestation and how these events have been recorded or even ignored in our history.

In his work, Bogdan Pavlovic emphasizes in importance of photography as a medium thanks to which more and more events become integral part our experience and archiving of photographs becomes an equivalent to archiving events. However, Pavlovic does not use, for his paintings, a multitude of photographs accumulated, archived and classified in the family albums. He uses rather photographic documents that show art studios, some emblematic events from XX century, monumental sculptures or rock concert, i.e. images of the world we know from photographs. Those images given to us via the media provoke both fascination and distancing. Since Bogdan Pavlovic believes that our personal history is being shaped by the historic reality we are living in, he reconstructs these images in his paintings and place them, thus, in the context of his own history.

Consequently, the artist’s latest cycle of paintings represent a breaking point, discontinuity in his opus and a radical evolution leap in his creative work. The topics in Pavlovic’s previous production, and their starting point was fiction ( some exotic geographic maps, airplanes, imaginary swimming pools, adventures of some fictitious heroes such as King Kong or Corto Maltese) are now being replaced by some true events from the past. According to the artist, via this new topics in his latest cycle of paintings (art studios and historic events), he explores some possible relationship between a creative act and a historic event because he has been inspired by his intimate feeling that what happens in an artist’s studio can bear the same importance as an event which is considered to be historic.

By means of appropriating, Pavlovic selects a particular historic event / figure / location in order to imply how some historic circumstances from our past continue to have an impact on our present, and that they are part of constantly changing circumstances in the present. Pavlovic thus follows Walter Benjamin’s thesis that history provides “wisdom” of the present. Accordingly, he does not see the history as a set of events “left behind”, placed permanently in chronology. He uses history rather as a tool for his objective and critical examining of the past and engaging in the present. In that sense, this corps of Pavlovic’s paintings can be placed in those models of contemporary art production which come out of an artist’s ability to reach out for historical signs of identification and to give some new meanings to the forms that have already become part of history.

A special characteristic of this cycle of paintings by Pavlovic is the use of non painterly material for the surface, the carpet. The artist’s aim was to introduce some elements of the matter into his paintings and to leave some visible traces of his art procedure in order to emphasize his distance from the main model and his personal touch instead of repeating those models literally. Pavlovic himself states that the structure of used material enabled him to leave blank parts of the surface, so they could be active elements of his paintings, which represents a great difference from his earlier paintings which were painted more densely and whose entire surface were covered with painterly matter. Transposition of documentary photography into medium of painting led to reduced chromatic quality of his paintings.

Although French philosopher Jean-François Lyotard believes that the art of painting has become “impossible” thanks to increased demand for photography, and Walter Benjamin states that the invention of photography has changed the entire character of art, some art strategies of our internetted society are striving today for a complete merger of different media. In the latest paintings by Bogdan Pavlovic, photography becomes the subject of a reverse process. Taking into consideration the fact that the time we are living in is to be post-historic period Bogdan Pavlovic states that these paintings might be “last poetic” representations of what call or called history, which is, therefore, in keeping with American philosopher Francis Fukuyama’s prophecy about the end of history and the birth of a new society.